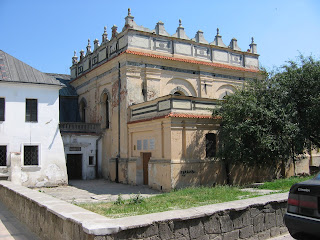 The Foundation for the Preservation of Jewish Hertiage in Poland (FODZ) reports that on November 6th, a Polish-French seminar on cultural heritage and local development will take place at the French Embassy in Warsaw. The encounter is organized by the  Embassy  and the Association of Historical Cities in France. Europea


The aim of the meeting is the exchange of experiences between French and Polish institutions in the field of best practices for protecting the cultural heritage and the importance of benefiting from it.

A representative of the Foundation for the Preservation of Jewish Heritage in Poland and representatives of town participating in the Chassidic Route project will also take part in the seminar.


The European Union is also a chance for better cooperation in the field of preserving and exposing our multicultural experiences from the past. The French are especially interested in the Sephardic motive of Zamosc, since some French towns also had post-inquisition immigrant Jewish communities. Is this a step leading to broader [cooperation] for European preservation of material traces of Jewish history?

Email ThisBlogThis!Share to TwitterShare to FacebookShare to Pinterest
Labels: Poland