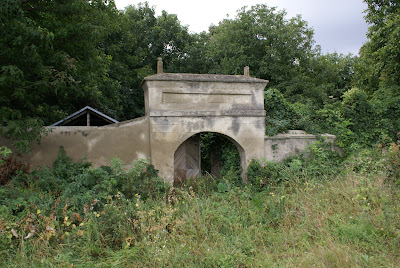 A few months ago, I posted on the desecration of tombstones at the Jewish cemetery in Botosani, Romania. I visited the cemetery last week as part of my (Candle)sticks on Stone project to document the representation of women in Jewish tombstone art in northern Romania's Bucovina region.

The cemetery is vast, and though the newest section is well maintained (and still used by the small Jewish community) the rest of the cemetery is almost inpenetrable. 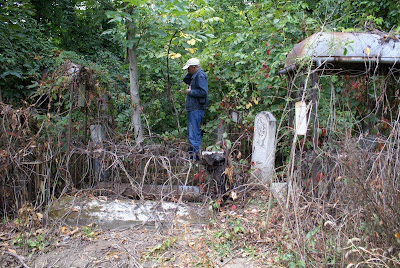 It is in the newer section of the cemetery, just on the edge of the overgrown part, that the vandalism took place: a number of smashed and toppled stones still lie there. 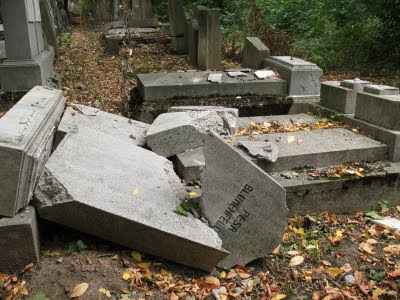 Photo (c) Ruth Ellen Gruber
I had wanted to go back to Botosani because I had been so impressed by the distinctive carvings on the (men's) tombstones I had seen three years ago -- vigorous lions, stags and other animals carved in a style that was almost reminiscent of art deco! I had seen a number of these stones in a clearing, down a path from the newer section, and I wanted to see if the same artist/stone mason had also carved candlesticks on women's stones.

This time I found the path, but in three years, weeds, brush, bushes and even saplings have grown up, once again hiding many of the stones that had so impressed me and making it very difficult to take pictures! 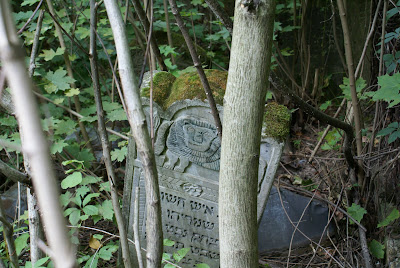 Botosani. Photo (c) Ruth Ellen Gruber
I did discover some extremely beautiful and evocative candlesticks -- quite different from those in other towns. But it was so dark and so overgrown that I didn't manage to get the images I had hoped for...Still... 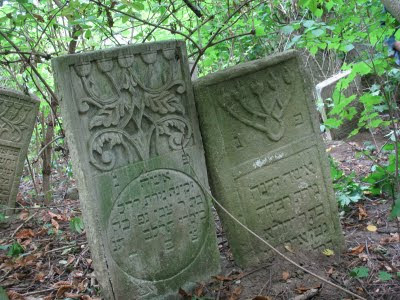