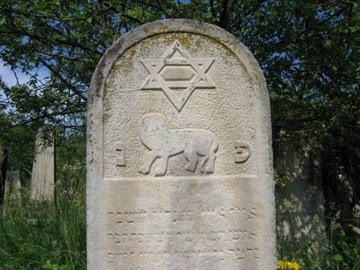 Swiss Diplomat Simon Geissbuehler's guidebook to Jewish cemeteries in the Bucovina region straddling the Romania-Ukraine border was launched last week in Bucharest and has been getting appreciative reviews in the local media. The book is available in various languages.

'This work is a combination of a tourist guide and an art album and I'm speaking of the fact that the text written by Simon Geissbuhler is in the form of a traveller's journal, but the images in the album make one think the work is an art album', said Adrian Manafu, the editor of Noi Media Print publishing house that published the volume.

Manafu, moreover, believes the Jewish cemeteries in Bucovina can be deemed genuine works of art. He explained the work refers the cemeteries in historical Bucovina, an old Romanian territory that has been shared by Ukraine and Romania after World War Two.


I was glad to see that an article in one of the local media highlighted the sorry fact that the wonderful Jewish cemeteries in Bucovina are woefully ignored. The journalist Annett Muller picks up my own contention that these cemeteries could form the basis of a fascinating artistic a spiritual tourism route -- and she points out how the famous "Merry Cemetery" in Sapanta, with its brightly painted grave markers, is a popular attraction, even if it is in a fairly remote location. Few people realize that there is also a Jewish cemetery in Sapanta, well maintained and well marked. 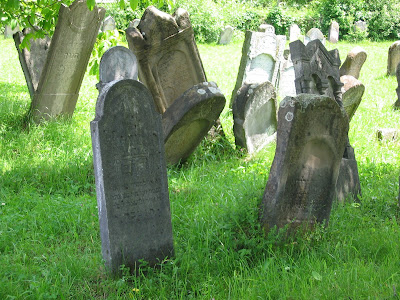 I wrote the Foreword to the book, and Simon kindly pointed out an article in the local media where this was highlighted.

I am hoping to get to Radauti at the end of the summer, when a launch of the book is scheduled to take place there -- at the same time, I'll be working on my photo documentation of the beautifully decorated tombs of women in the Jewish cemetery there, a project for which I received a grant from the Hadassah Brandeis Institute.
Posted by Ruth at 10:22 AM